Two Clinical Trial papers to be presented at ASRM, October 2014

Dr. Zhang will be traveling to beautiful Hawaii this October with a few of the staff here at New Hope Fertility Center to attend this year’s ASRM meeting.

We are very excited to be presenting a couple papers that came from a recent clinical trial that we completed. We can’t get into details just yet, but after we present in ASRM we will be sure to give full details. 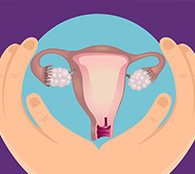 Scientists Create Three-Parent Embryos: On February 5, 2008, Reuters reported the groundbreaking achievements of a group of reproductive researchers from New Castle University, England who created a three-parent embryo. The idea behind the creation of the human embryo is to prevent the inheritance of defective mitochondria from mother to child, protecting the child from the fatal genetic diseases.

Dr. John Zhang is a pioneer in the field of nuclear transfer. He successfully studied the progress of a fetus up to 29 weeks after nuclear transfer. He presented this highly acclaimed innovative research in 2003 at the annual meeting of American Society for Reproductive Medicine (ASRM). Dr. Zhang’s original work was published in the journal Fertility and Sterility (80: Supplement 3, S56, 2003) as an article entitled “Pregnancy Derived from Human Nuclear Transfer,” in which he was the primary author.

What is Nuclear Transfer In higher organisms including humans, both nucleus and mitochondria (an organelle responsible for energy synthesis located outside the nucleus in the cytoplasm) contain DNA. In normal sexual reproduction, offspring inherit their mitochondrial DNA from the mother. This type of inheritance pattern is generally known as maternal inheritance. But, when the mother passes defective mitochondria to the child, fatal heart, liver, brain or muscular disorders can result.

The only possible method to overcome this situation is through nuclear transfer, which allows the mother to provide her nuclear DNA to the child, but not her (defective) mitochondrial DNA. Nuclear transfer is an invasive procedure where an in-vitro fertilized egg’s nucleus (containing the mother’s DNA) is transferred into an enucleated ovum (egg cell with the nucleus removed) provided by a donor. The purpose of the donation of an enucleated cell is to provide the child with non-defective mitochondria, from a healthy donor other than the mother. This results in a three-parent embryo. Its nucleus is formed by the fusion of sperm and mother’s oocyte nucleus, and its cytoplasm is provided by the enucleated donor cell. This results in the inheritance of DNA from three different sources, the nuclear DNA is from sperm and the mother, and the mitochondrial DNA is mainly through the donor. 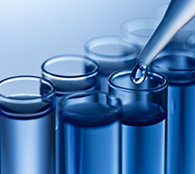 Couples faced with egg infertility almost invariably resist the most effective option available: egg donation. Many find the financial and emotional burden of egg donation too great and hold out too long in hopes of a genetic connection. A new, promising experimental procedure is bringing that dream closer to reality.

Oocyte (egg) Reconstruction (also called Human Nuclear Transfer or Cytoplasmic Nuclear Transfer) involves transferring part of one woman’s egg into another’s. In this case, scientists use the healthy portion of a donor egg (the cytoplasm) to supplement the defective portion of the infertile recipient’s egg and to help it survive, hence making one good egg. The infertile woman’s genetic legacy is preserved because the nucleus, which makes up 99 percent of the genetic material that determines physical traits in the embryo, is made available from the infertile woman – the donor cytoplasm (which simply contains mitochondrial DNA that gives the egg energy to survive) contributes only one percent of the embryo’s genetic makeup. Once the egg is fertilized, the embryo is implanted in the infertile woman’s uterus.

Unfortunately, after many babies were born in the US using Human Cytoplasmic Transfer (HCT), ethical and medical complications spurred the U.S. government to curtail the procedure in 2001.